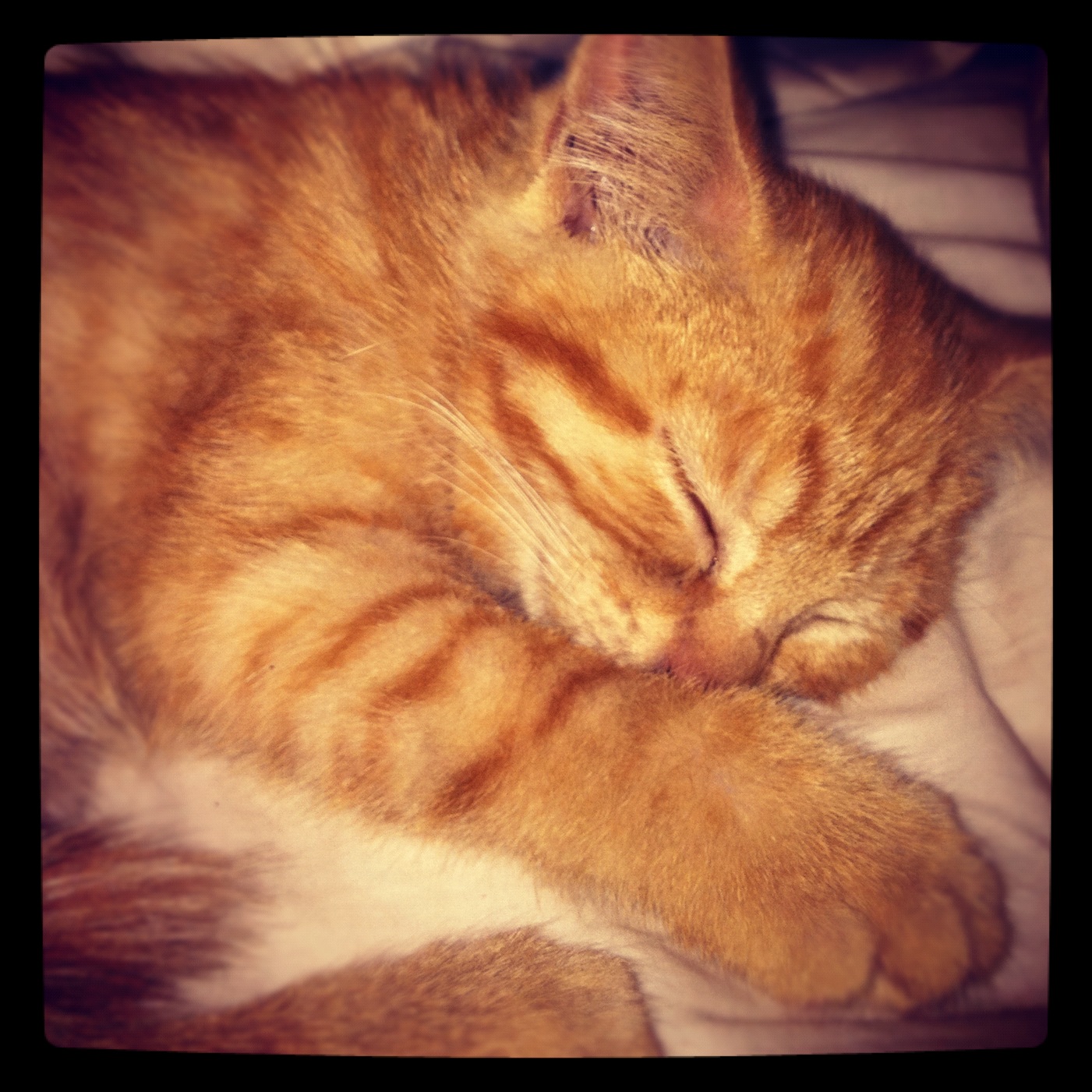 A couple years ago my husband started asking about getting a kitten. We already had two very large dogs and I am not a fan of cats, so I kept declining. I was not ready to have a third animal in my house, especially since my dog Ben does not play well with others.

Well, in May of 2011 my mother sent me a text (knowing that my husband, Mark, had been wanting a kitten) of a tiny orange kitten that had found it’s way to my her porch. The kitten had been living on my mom’s porch for a couple days. My mom bought her some food and toys and wanted to find her home. So, the next morning I woke my husband up, and we went to see the kitten.

I fell in love instantly. She was just a little ball of orange fuzz. Mark and I watched her as she trotted around my mom’s yard investigating everything. She was too adorable, so we took her home. It took us three days to name her, but finally we settled on Zelda. Her nickname soon became “Zelly Bean”

Zelda was the sweetest little thing. She wasn’t much of a cuddler, but sometimes she would stretch out right on your lap, chest, back, wherever was available. She was also a very curious kitten. Sometimes I would find her crawling around my books on my bookshelves, or climbing the christmas tree. She also made routine attempts to run outside into the trees. We eventually had to get her a small leash and walk her around the backyard with the dogs.

She was only two years old when she passed (Sunday, March 24th 2013). It was the most traumatic day of my life. My husband and I woke up that Sunday morning like every other Sunday. I was coming out of the bathroom when I saw Zelda lying on the floor struggling to breathe. I immediately brought her to my husband while I called the Animal Hospital. The hospital told us to get her there as soon as possible. Unfortunately, she did not make it. She died in my arms on the car ride there. My husband and I were devastated.

Zelda was an important part of our family. We love her with all of our hearts and will miss her so much.