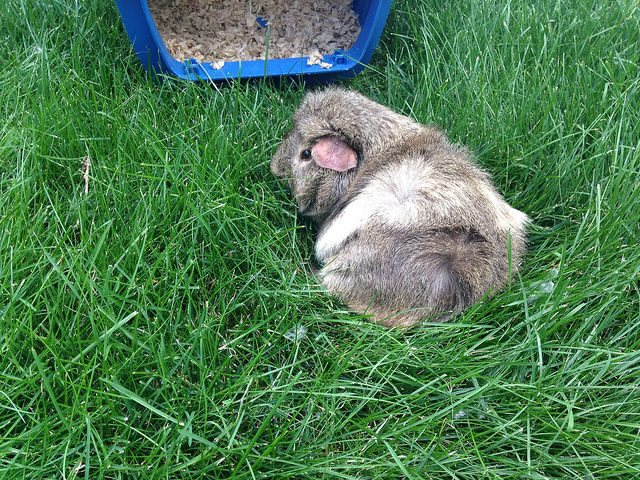 Maurice lost his brother and lifelong cage-mate about nine months ago, and has been on and off sick since then, so it only seemed a matter of time. It was very difficult knowing when the time was right, but I held onto him until it was obvious his quality of life was compromised.

When I went to adopt two piggies almost six years ago, he was the one that caught my eye. When Rupert was alive, he was Rupert’s protector. Since Rupert passed, Maurice and I developed our own special bond.

He was a super sweet piggy, so active as a youngster that I thought he’d never die. He was a big, happy boy who would forgive you anything. As he aged, he mellowed and became a joy to cuddle with. He was affectionate and would lick when he was feeling happy.

I’m so glad I was able to provide him with a happy home life and I hope he’s with Rupert once again.