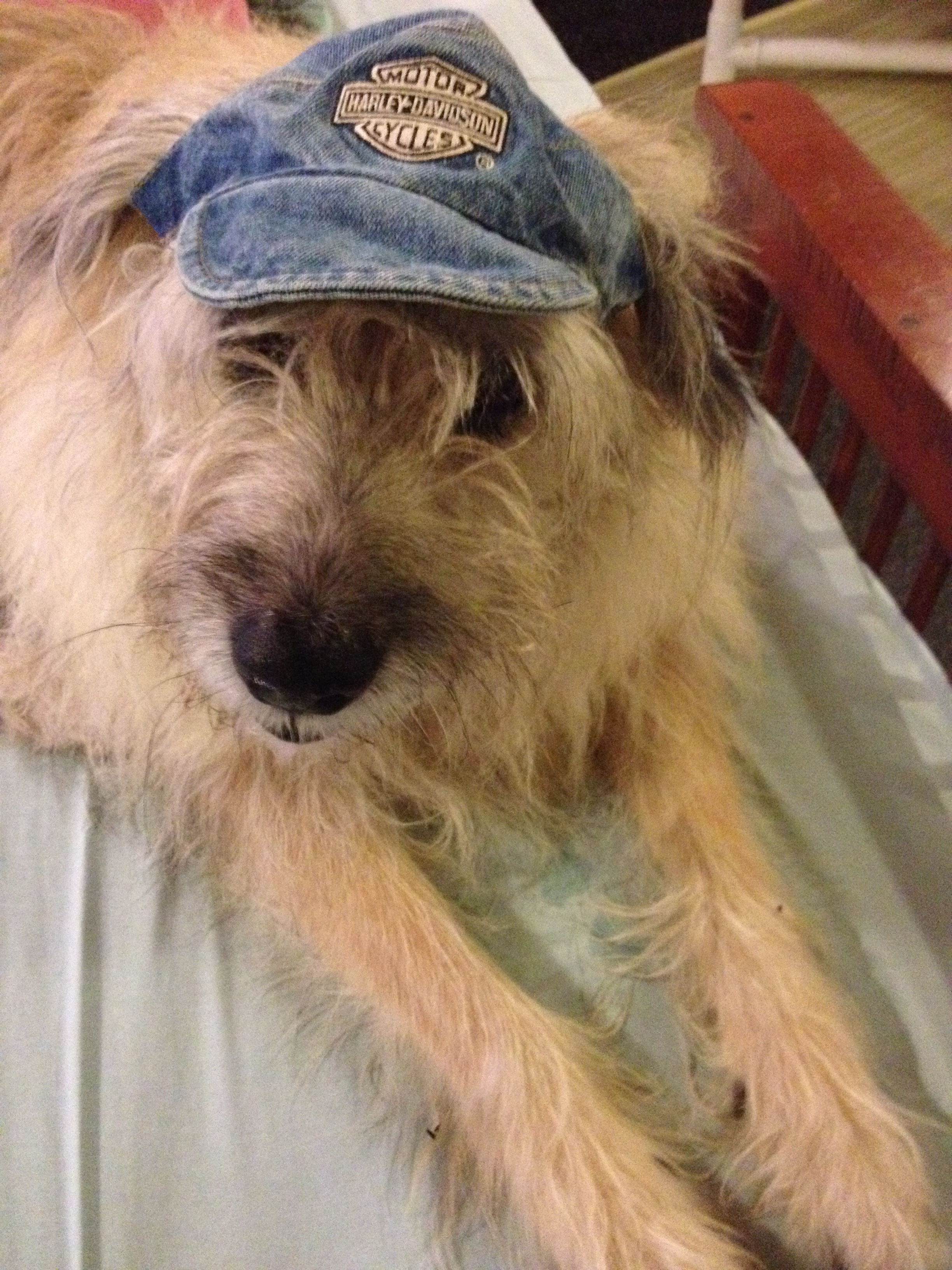 Diana Tayler’s oldest dog, Hobbes, was peacefully helped across the Rainbow Bridge on August 7, 2015, surrounded by friends and in the care of his lifelong veterinarian. We think he was about 15 years old (Diana adopted him in August 2001.) He became our foster dog when Diana passed away in April 2014. During the past year he had his spleen removed (benign tumor), developed Cushing’s disease, and suffered some small strokes. In the end, he was experiencing anxiety from dementia and/or the suspected pituitary tumor that was causing his Cushing’s disease. Hobbes retained his sweet, dignified, and gentle personality to the end, and he was always gracious with people, dogs, and cats. To him, everyone was a friend. Hobbes enjoyed taking 2-3 walks a day, followed by long naps on his dog beds. Occasionally he liked to walk the perimeter of our large yard, but more typically he was a big fan of air conditioning. He liked to hang out with his best buddy, senior chow Theo, as the two of them impersonated “The Odd Couple” (though we were never sure who was Oscar and who was Felix). We will miss this endearingly handsome boy, but we know there is much rejoicing at the Rainbow Bridge now that Hobbes has been reunited with Diana. Rest in peace, dearest Hobbes … we were honored to care for you at the end of your life, and we will forever consider you part of our family.