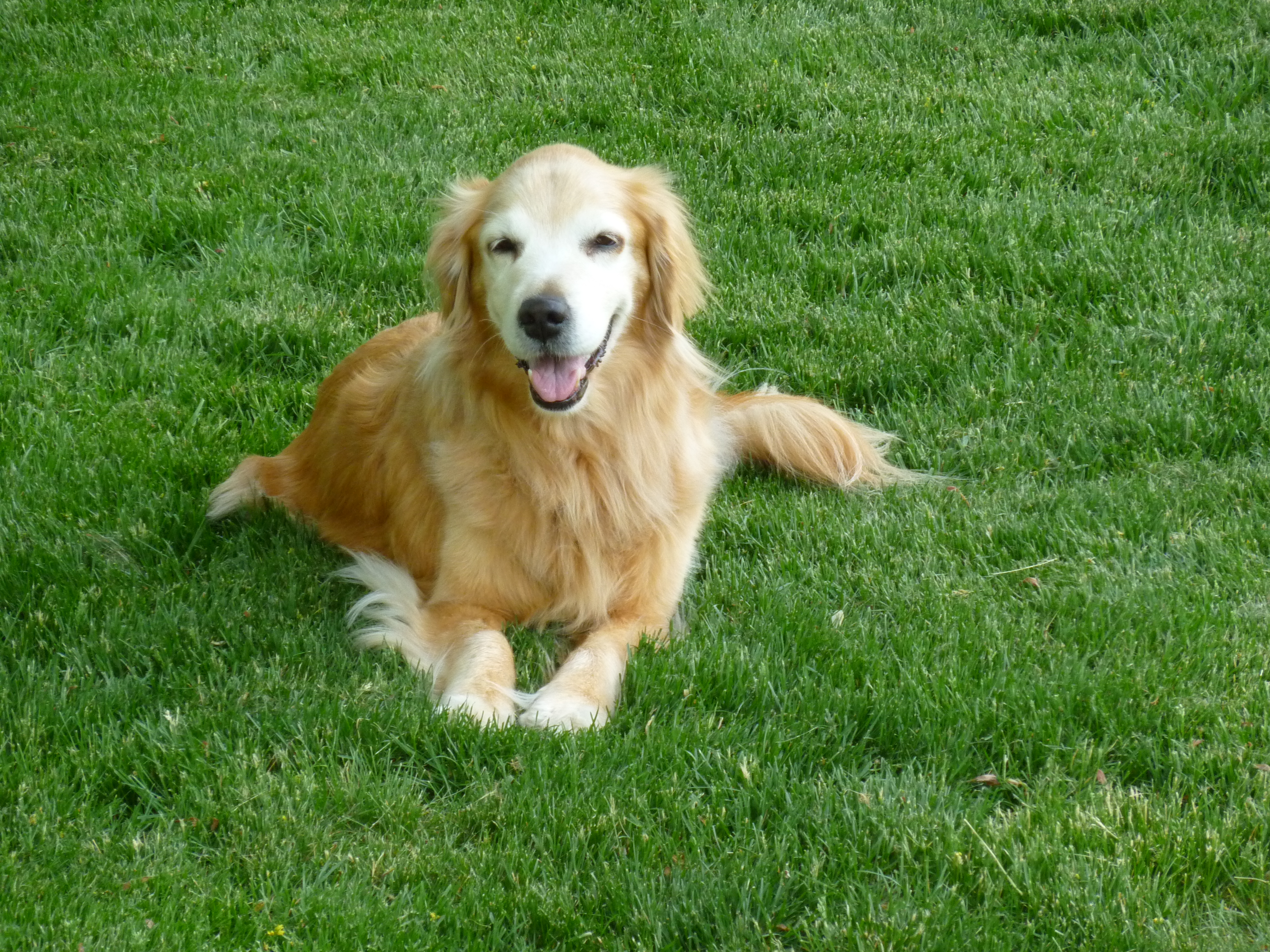 We had just lost our 12 year old Golden Retriever, Isabella, to cancer in December of 2009. Our remaining puppy Jesse who was now 9 years old had been devoted to Isabella and was very depressed. My wife and I decided that we should find a recue dog as a playmate for Jesse. Since we are partial to Goldens, we started working with a rescue organization in our area. We looked at three or four dogs but never made a connection with any of them. We were ready to settle on one just so Jesse could have her playmate. I started looking in the newspaper and noticed that a breeder had an adult Golden that could no longer conceive. We talked on the phone and I was almost ready to make a commitment. I then decided to talk to other breeders and it seemed that most had female dogs that they no longer wanted because they could no longer be bred. I found a 7 year old female Golden and we took a ride out to see her. I told my wife on the way there that weren’t going to come home with her because there were others we wanted to look at. We drove into the driveway, my wife got out of the car, took one look at Dolly and said yes, we want her. We walked her a little, let her meet Jesse, (who we had brought with us), and saw no problems so we did bring her home that day. Dolly proved to be the sweetest little girl. Though frightened of people, quick movements, loud noises and our cat she got along well with other dogs. Based on her actions we felt that she had been somewhat abused. At the very least she had never been socialized. We were very careful and gentle with her over the next year. She didn’t know how to play with other dogs or toys though she enjoyed being around both. About a year after bringing Dolly home we rescued another Golden named Jo Jo. She and Dolly quickly became friends. Dolly came out of her shell and began to play with Jo Jo on a daily basis as well as playing with toys and becoming very friendly with people. When Dolly was happy and excited she would give a little howl. She sounded like a baby wolf. It sounded like “wooo wooo”. She would walk around and do it five or six times. It was thrilling to both watch and hear her.
About two months ago her play sessions became fewer and fewer. We noticed she had a slight recurring limp. When it didn’t go away after a day of rest I took her to the vet. He said it was probably a soft tissue injury and gave us some pain medicine. After a few more days there was no improvement and in fact Dolly seemed a little worse. I took her back to the vet for an x-ray and blood work. The blood work was fine and at first glance he saw nothing wrong on the x-ray. I was about to leave and he notice an abnormality in the x-ray and wanted to take a few more. The new x-rays showed a mass in her chest area as well as near her heart. His recommendation was to take Dolly to an oncologist. We made an appointment for the following week. The diagnosis and prognosis could not have been worse; cancer with no options for treatment. Based on the location, surgery was impossible and chemo or radiation would be of no value. We were given pain medicine and told to keep her comfortable. Each day her limp became worse and we could see she was in pain. She still went for her morning walk, had a good appetite and attitude though she had given up on some of her treats and wasn’t playing at all. Over the last week she was getting progressively worse and this past Wednesday she had trouble getting up and walking. Yesterday morning at 10:44 we put her at peace.
Watching this wonderful Golden become a playful, loving girl was one of the most rewarding experiences of our lives. Watching her die so soon was one of the most heartbreaking.
Her sisters are anxiously awaiting her arrival at the Rainbow Bridge.
We will love you forever our baby Dolly,
Stu & Annie Vosk