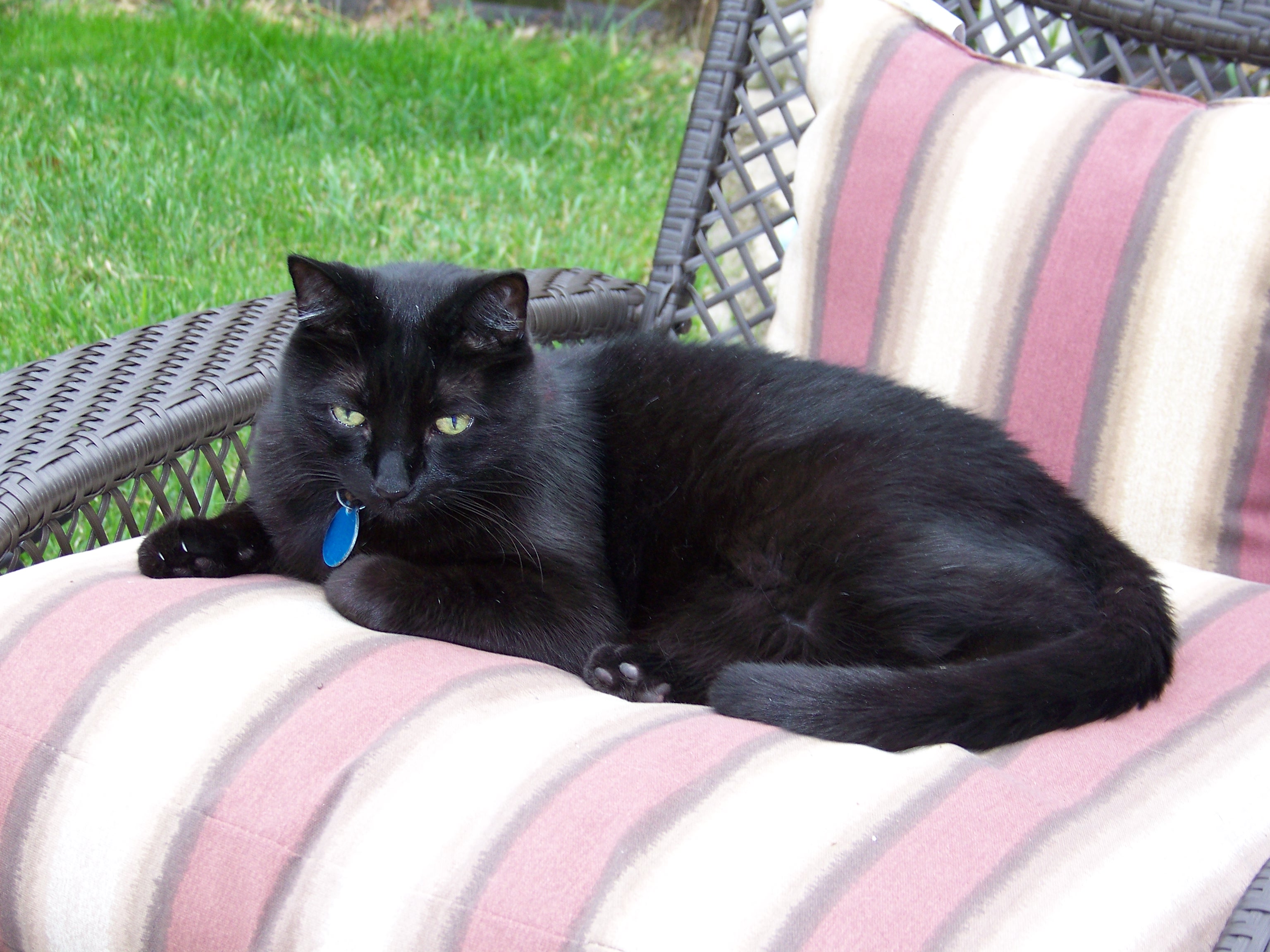 The Passing of Bruise, January 24th 2015
Bruise was a large black tomcat that had belonged to a friend of ours. When he had cancer he could no longer care for him and Marie brought him home. Actually Bruise and Marie had loved each other for many years before. Every time she would visit our friend Bruise would jump into her lap and just stay there and per. When Marie would come home she would talk and talk about Bruise. After we brought him home he would wait for Marie to come home from work, sleep with her, follow her wherever she went and jump in her lap the minute she sat down. Marie would hold him and sing “you are my shadow” to the tune of “you are my sun shine” ending with “please don’t take my shadow away”. If Marie was not home he would curl up in one of her chairs or on her quilt. Seeing her asleep in her chair by the fireplace with Bruise in her lap was a wonderful thing to me.
He had been slowing down a bit and had lost some weight, but was eating and jumping up on the beds and chairs as always. While we knew that at 17 years old his time was short we saw no immediate signs of distress.
On Friday he was in Maries lap as always and on Saturday morning he came for his treats and dinner and acted normal all day. In the afternoon he was on the spare bed in one of his usual spots and I lied down next to him for a short nap. A while later I was awakened by him howling and I found him in the hallway in great distress. I called Marie and he sat there in the hall talking to him and petting him. He tried to move a few times but after about 40-minutes he stopped breathing and left us.
I miss him greatly, but more so because I miss him being with Marie and I see the pain in her. He was truly a part of her and a part of us.

Regal Riley of the Ridges
Scroll to top